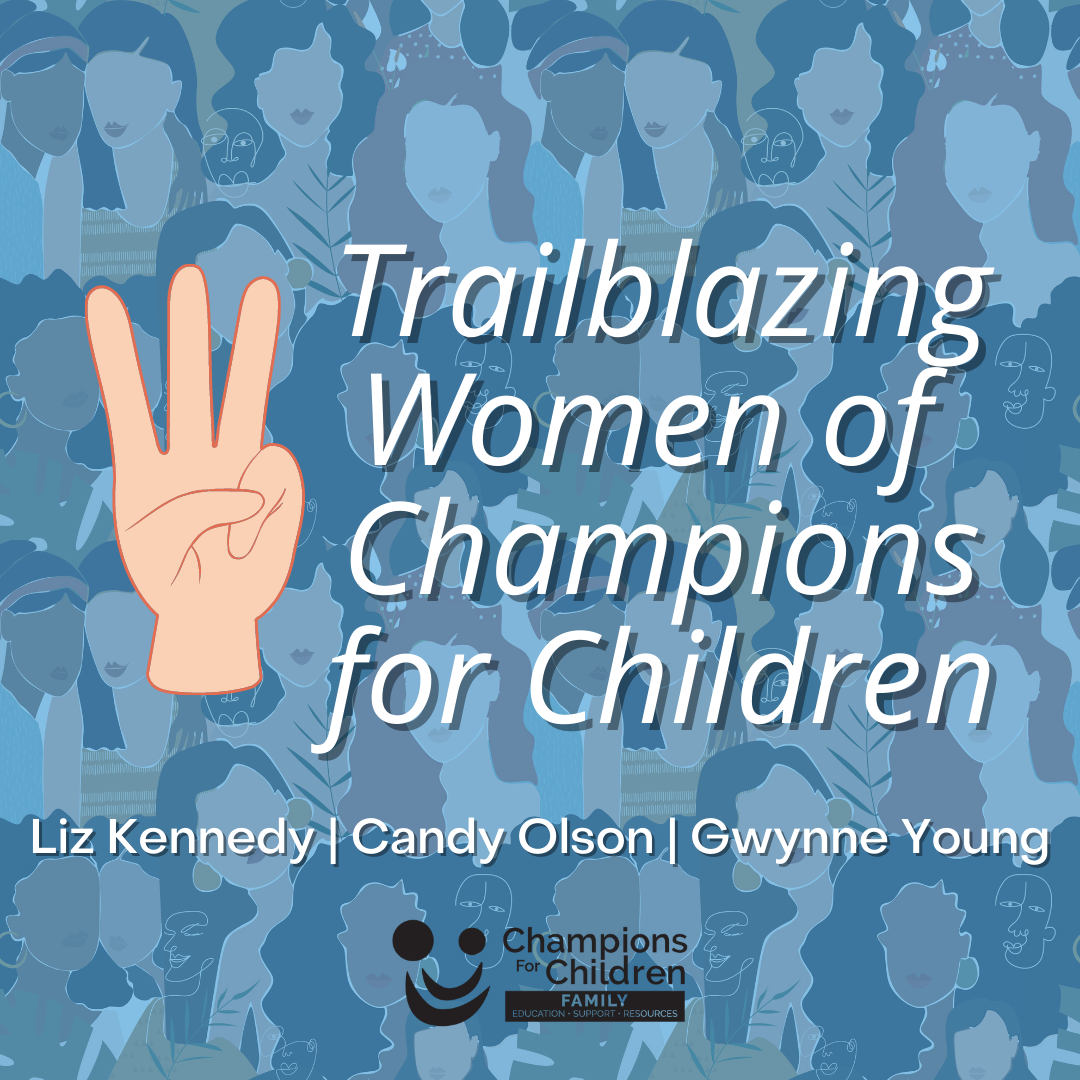 Forty-Five years ago, Champions – known then as the Community Council on Child Abuse & Neglect, and later the Child Abuse Council – was just a thought in the minds of community members who wanted to make a change. Today, we are highlighting three trailblazing women who were inspired to create change, and to make sure that no child in our community has to suffer the trauma of abuse and neglect. Liz Kennedy, Candy Olson and Gwynne Young (among many others) are three of the amazing women who joined forces to create the uniquely impactful organization that has evolved to become Champions for Children.

In 1976, the Junior League of Tampa hosted a symposium on child abuse and neglect, bringing together concerned citizens to learn from national experts ways to support the needs of children and families in Hillsborough County. A small community group was assembled and incorporated as the Community Council on Child Abuse & Neglect in 1977. Funded by the Junior League of Tampa Bay and the Board of County Commissioners, we started in a trailer behind Tampa General Hospital.

More than 40 years ago, Liz Kennedy read the book Sybil and became outraged by the horrific child abuse it described. As a mom with five young children at the time, she couldn’t understand how a parent could harm their child and began her journey to learn more. So, in 1976, Liz became involved with the symposium and helped launch our new organization as a founding Board Member and Past President. She also served as the first Program Director of our Layla’s House Program – which she helped found – and later as our Development Director. Most recently, she led the effort for Champions to become Tampa Bay’s anchor agency for the national Talk Read Sing community campaign, shining a light on the importance of positive parent-child interactions from the moment of birth for a child’s development and well-being.

Liz has also been a founding board member and chair of Hillsborough Kids, Inc., a past board member of Healthy Start Coalition, and a founder of the organization known today as Frameworks of Tampa Bay. Today, Liz is still active in our community and continues to serve as Champions Community Liaison. She delights in being “Mongi” to her 12 grandchildren and traveling with her husband, David.

As a founding member of Champions for Children, Candy Olson used her financial and accounting background to serve as the treasurer where she managed grants and funds. As a new mother herself, the 1976 symposium sparked her interest in joining the cause.

“I realized that my children had something that not all children had. I was supported by my family and friends and loved and supported [my children]. I had a roof over my head and food on the table. And I’d been raised by loving parents. Parents want to do right and what’s best for their child, but sometimes they need help.”

Today, Candy enjoys retirement after serving twenty years on the Hillsborough County School Board. She is active in her church, remains involved with the Junior League of Tampa’s diaper bank, and supports the efforts to restore Plant Hall at the University of Tampa.

As the first woman to serve as Assistant State Attorney, Gwynne Young is a trailblazer. In her role at the State Attorney’s Office, she saw firsthand the impact of families with allegations of abuse, abandonment, or neglect of a child. This experience served as a driving force for Gwynne’s help in coordinating services and community resources for our community’s children and families.

Gwynne joined the Junior League of Tampa in 1976 and helped produce the symposium held that year that sparked our organization’s formation. She remained involved, serving on the Board and providing expert support in legal matters. Gwynne held the title of Tampa “Lawyer of the Year” for four years and in 2012, became the President of the Florida Bar.

What started out as an idea has blossomed into so much more for children and families in our community. We are forever thankful for these trailblazing women and their perseverance and dedication to our community. The seeds they planted 45 years ago continue to bloom and provide support to our community’s families.